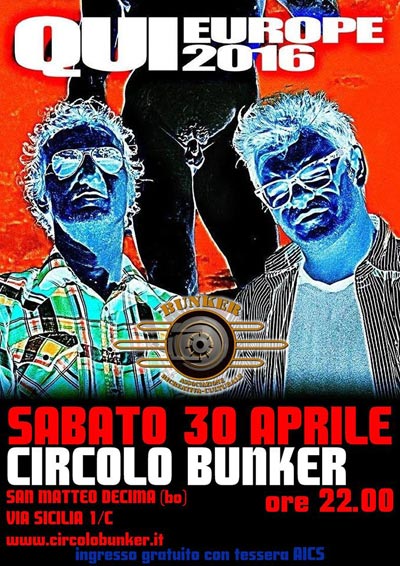 BIOGRAPHY:
Los Angeles avant garde rock weirdos Qui have been very busy. Following the release of their last LP, Life, Water, Living… in 2013, they have toured the US and Europe, supporting luminaries such as Sebadoh, Moistboyz, and Hammerhead and shared stages with Marnie Stern, Babes In Toyland, OFF!, Ed Shrader’s Music Beat, Helms Alee, Dumb Numbers, and Alexander Hacke (Einsturzende Neubauten). In addition, Qui has released a steady stream of vinyl singles on such prestigious labels as Joyful Noise Recordings, Three One G, Blood of the Young, Cobraside and ORG Music including split 7”s with Mike Watt, Hepa.Titus (ex-Cows, ex-Melvins) and Dale Crover (Melvins).

For 2016, Qui will release a 5-song 10” EP entitled, How To Get Ideas, on Dutch indie label Geertruida in Feb before embarking on a 2-month tour of Europe. Upon returning to the US, they will release a cassette on Gnar Tapes with an accompanying LP on Beginning Era Records followed by an extensive tour of the western US. Next up are two releases on Joyful Noise Recordings; the first will be a 6-song EP of previously unreleased music with their former singer, David Yow (The Jesus Lizard, Scratch Acid, Flipper) and the second is a collaboration with legendary bassist, Trevor Dunn (Mr. Bungle, Fantomas, Melvins Lite, John Zorn, etc.). Another LP is planned for release in October along with more 7” singles throughout the year.