FREAKOUT CLUB – venerdì 28 novembre – In 1996 Texas is the Reason released their only full length record Do You Know Who You Are? (Revelation Records) combining a structured balance of powerful and melodic guitars,… 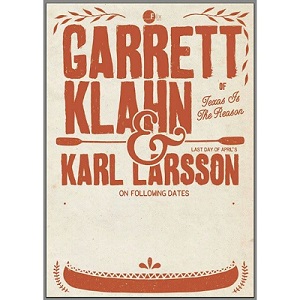 In 1996 Texas is the Reason released their only full length record Do You Know Who You Are? (Revelation Records) combining a structured balance of powerful and melodic guitars, equally measured drums, and an earnest vocal delivery closer to that found on the other side of the Atlantic. As pioneers of emocore, the band’s implosion a year later on the brink of major label success is the stuff of rock lore. Texas is the Reason has since become embedded in the history of emo, if not indie rock as a whole. It’s a legacy Garrett Travis Klahn (front man/guitarist) embraces without the constraints of definition. For Klahn, the eighteen year spread between then and now has been wide, wonderful and packed with wanderlust.

For over a decade, creative engine and songwriter, Karl Larsson, has been sharpening his pop sensibility into a pretty serious weapon.
LDOA has already established itself as a fan favorite in Europe, Japan, and Australia, and became a favorite of many bands as well; touring with the likes of The Promise Ring, At the drive-in, Tegan & Sara, The Lemonheads and Guided by Voices.