FREAKOUT CLUB – giovedì 3 luglio 2014 – Daniel Higgs and Michael Zerang join their energies in this special duo project, bringing together diverse musical worlds through improvisation and folk forms, all with an deep, ecstatic underpinning. 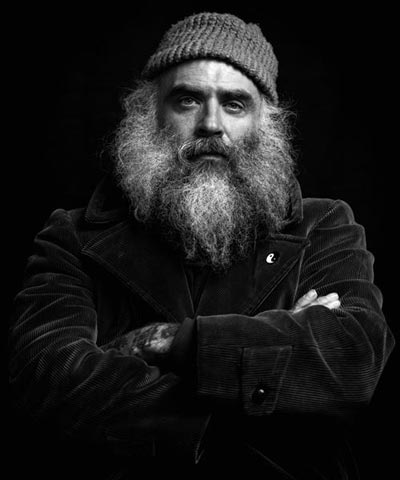 Daniel Higgs and Michael Zerang join their energies in this special duo project, bringing together diverse musical worlds through improvisation and folk forms, all with an deep, ecstatic underpinning. Their near-telepathic ability to communicate in long musical forms, and their ability to reach deep within to create indelible, sonic landscapes, make this pairing wonderful and unique. Daniel A.I.U. Higgs, interdimensional song-seamstress and corpse-dancer of the Mystic Crags was born in the harbor city of Baltimore, USA in the early-mid sixties of the previous millennium. Having begun singing 25 years ago, he is perhaps best known as the singer and lyricist of the band Lungfish, which is now, as it often has been, quasi if not entirely defunct. Presently, the music Daniel manifests proceeds without the blessing/curse and help/hindrance of collaborative influence. Until NOW! Michael Zerang is a Chicago based composer, percussionist, and improvisor that has collaborated with an ever-widening pool of innovative musicians since 1976, in the fields of free jazz, experimental, noise, and world music. He was a member for 14 years of the Peter Brötzmann Chicago Tentet, Survival Unit III ( with Joe McPhee and Fred Lonberg-Holm), Winter Solstice Duo Concerts with Hamid Drake, and with the creative music ensembles, Liof Munimula and Friction Brothers, as well as many others.